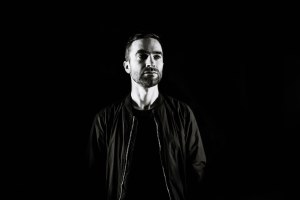 With remixes from Christina Sealey and LAIR

Eomac expands the roster of his recently inaugurated Eotrax imprint with the introduction of
two forerunners in Berlin’s techno scene: Kaltès and Nene H. Both have built respected
reputations as exciting artists to watch, as Kaltès organizes Tresor Berlin’s
female:pressure-affiliated party series and Nene H. turned heads with her Fountain Of Fire
performance at Berlin Atonal Festival. Their collaborative record, the Protest EP, presents a
call to arms and an empowered take on gnarly techno with a stormy industrial underbelly.

For Kaltès and Nene H., the music channels a current zeitgeist. A wail—a rallying
cry—appears on each track and provides the record’s central motif. In that sense the theme
acts as a statement to which each featured artist contributed, including the two remixers:
Orphx’s Christina Sealey and the Irish Eotrax alum LAIR. It’s a howl of anguish, but not from
heartache or misery; it’s a defiant, determined and empowered battle cry. On “Persist”,
staunch kicks summon the vocal from a swamp of metallic textures, while on “Resist” it’s
placed at the center of a thundering black hole, drawing the listener in deeper. In the hands
of Christina Sealey, it becomes a smoldering element in a rolling EBM cruiser, whereas LAIR
spreads it over a backdrop of shifting ambient textures and dark celestial grumbles.

Teaser for my remix on the upcoming Kaltès and Nene H. Protest EP

With remixes by Christina Sealey and LAIR

LAIR / In Dust We Move

You are currently viewing the archives for December, 2017 at Laura Kilty.